Read the recap of the 12U Team's 2nd Place finish in the Baseball in Benin Wood Bat Tournament.

The Hamel 12U All-Stars faced Golden Valley Friday night and were able to squeeze in a complete game before storms rolled into the metro area.  Five pitchers contributed to the victory, allowing only 1 run in 6 innings.  Henry Peterson pitched two strong innings before receiving relief from Connor Rouen, Josh Wilson, and Sam Mohs who each contributed 20 pitches before John Kelly closed the game.

Offensively, the Hamel team posted 5 runs, led by Oliver Agar and Sam Mohs, both going 2 for 3 at the plate and scoring 2 runs.

Saturday afternoon, the Hamel 12U All-Stars completed a 3-game pool play sweep with a 5 - 3 victory over the Narwhal-Green Team.  In a close contest, the Narwhals scored 3 runs in the top of the 5th inning to cut Hamel’s lead to 4 - 3.  In the bottom of the 5th, Nolan Prentice scored an insurance run on Kelly’s double, allowing the 12U All-Stars to enter the top of the 6th inning with a 5 - 3 lead.  Utsey retired 3 straight Narwhal batters on 7 pitches to secure the victory.

Despite a gritty effort, the All-Stars lost the championship game 4-1 to a Rogers squad which featured excellent pitching.  In 6 innings, the Rogers pitchers allowed only 6 base runners and struck out 11.  Wilson contributed 82 pitches followed by Rouen, giving up only 4 runs to a potent Rogers offense.  The 2nd place finish by the 12U All-Stars was the highest finish by any Hamel team in the last three years at the Wood Bat Tournament.  This same 12U team notched a 1st place finish at the East Ridge Classic Tournament in Woodbury on August 2nd, 2020. 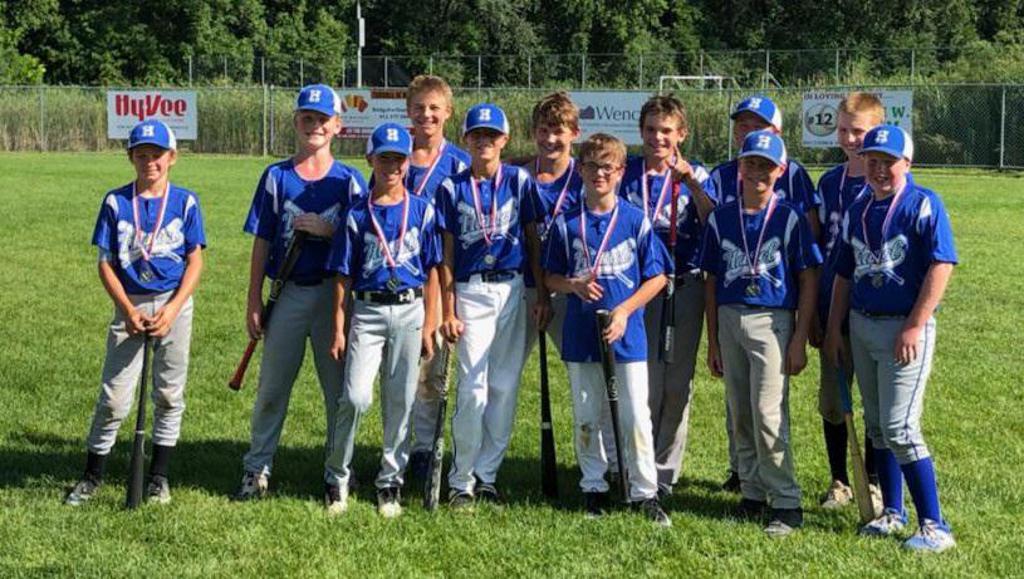